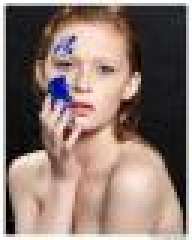 Occupation:
I've been in Marketing, Advertising and PR for the